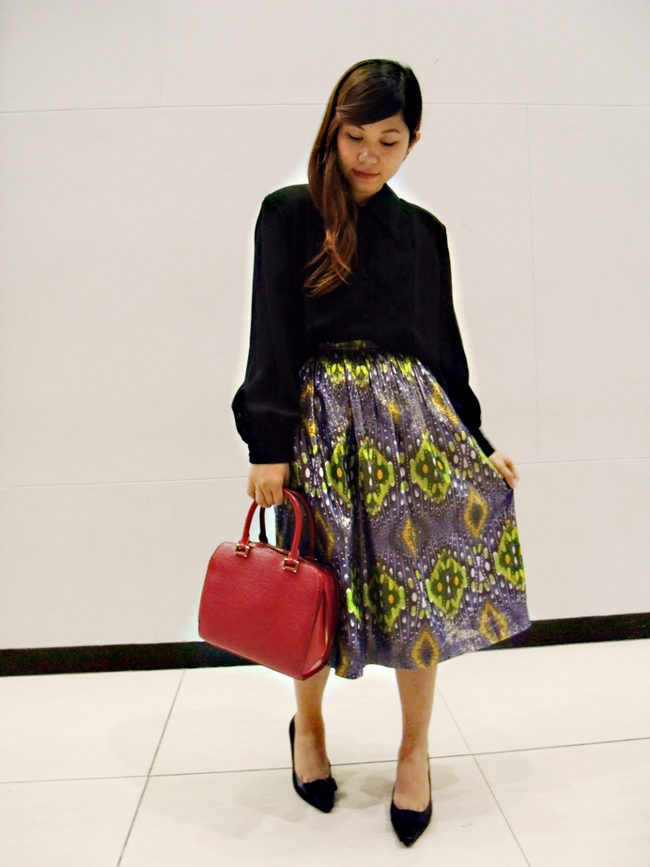 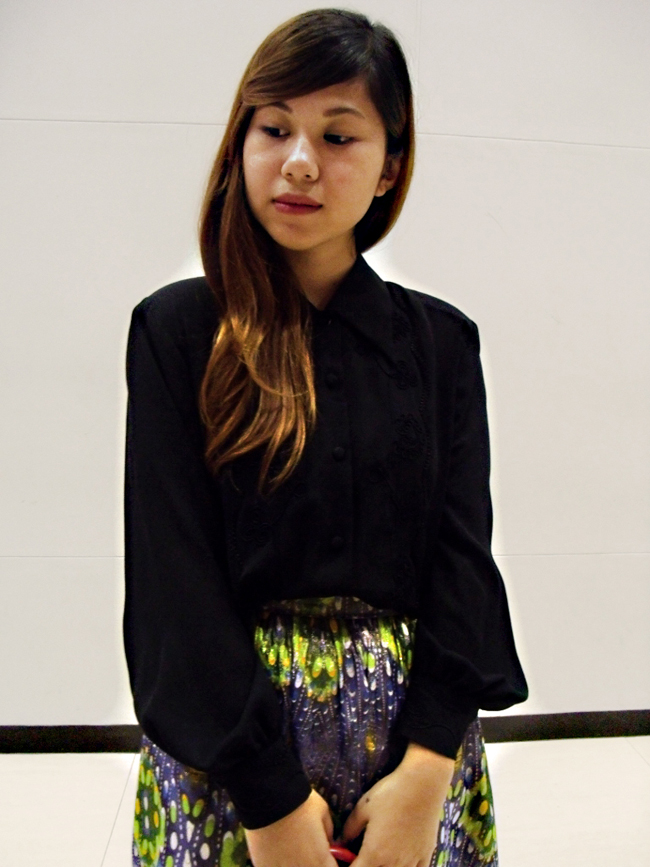 the quality or fact of being unjust; inequity.
2.

So did I gave this barong-look-a-like improper treatment? I object!! It was not I, but rather my camera, and the SMX lighting, and the boyfriend who has quite a temper when taking my photos, they're the perpetrator for this atrocious act.

Not taking special notice of intricate detailing for an #OOTD is punishable by (fashion)law . Of course there is no such thing, but in my head there is and a lot of people have been sentenced to social suicide.

Anyhow, details are the highlight of any ensemble - might it be a pearl hair clip, a diagonal pleating or a sequined hem, these little tidbits make an outfit exceptional. So it's only appropriate for us to give the center stage to them (it).

And here it is, the details of the barong-inspired blouse in all its embossed,embellishment glory. I can stare at these photos forever (or until I find another applique to obsess about). 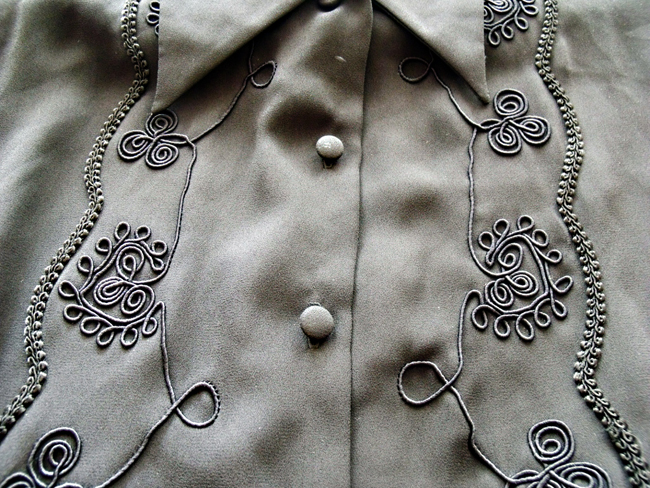 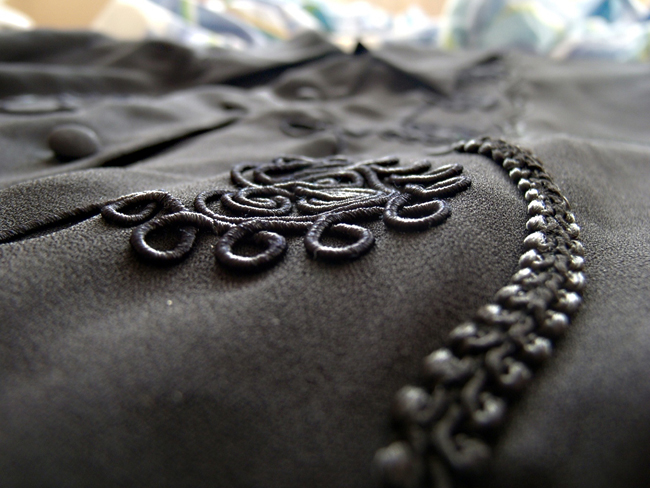 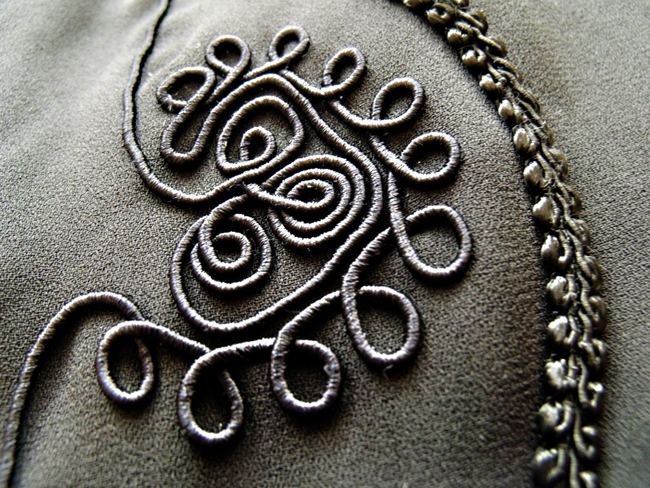 I was tormented by the photos, thinking that I should take another shot with a different/ proper lighting. but since we were in a hurry to eat dinner (refer to #PHFW post), I just had to make do with what I have. With that, I eventually came up with a new worldly belief: There is a story to tell in every instances.

If the photo came out as I want it to be, then I wouldn't be talking about the injustice of overlooking clothing details. Instead, I would be blabbing about how this top looks like a barong that's especially made for women; how it's another astonishing thrift find to brag and that I'm selling it on Pa-sweet clothing - the usual yap.

This was an experience that turned my frown upside down. I do really get bothered by such small things because I am a self-confessed simpleton. bow.
Posted by Cham Gumin at 11:54 PM 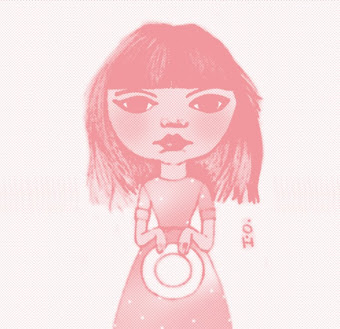 I like weirdly cute stuff, I'm a thrift hunter, I'm seriously awkward and I tend to procrastinate when left unattended. Oh, and I'm also a freelance fashion designer from the Philippines.

"Hey Cham," is originally written in a mint note-note book where I write to myself to keep my thoughts intact. Now, I'll be sharing it to everyone. ♥

And tell me something I don't know at guminchamcham@yahoo.com